BENNY AND LUCIA – THEIR PERSONAL SAFETY IS AT RISK IN COLOMBIA 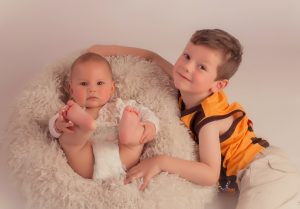 The reporting by the international media of the ongoing violence, corruption and illegal activity; and, the high number of road deaths in Colombia has emphasised the terrible risks to Benny and Lucia’s personal safety which is of grave concern to their father, their family and to Australia as a whole.

The statistics published by the World Health Organisation (WHO) relating to road deaths and deaths by violence provide clear evidence that both Benny and Lucia Clarke’s safety is at risk in Colombia and that they should be immediately returned home to the country of their birth, Australia.

Maria and her family in Ipiales do not own or use child car safety restraints. Maria and her Mother, Irma Oviedo Heurtas both hold baby Lucia in their arms when being driven. Adult seat belts are seldom used even if available.

According to statistics released by the WHO in 2017:

NOTE: Although Mrs. Oviedo Heurtas is a convicted criminal sentenced to 4 years home detention, prior to receiving any work permission, she has openly left her house and travelled with Maria and the children demonstrating her lack of respect for the legal process. Evidence of this breach has been provided to Fernando Montenegro at INPEC Ipiales. To date nothing has been done.

VIOLENCE IN COLOMBIA COMPARED TO AUSTRALIA

According to statistics released by the WHO in 2017:

THE HIGH RATE OF CRIME & VIOLENCE IN COLOMBIA

Overall, Ipiales has a high crime rate making it an unsafe place for Benny and Lucia to live compared to their home in Australia. In Ipiales, robberies are common place. Mobile phones are not used on the street and cars are never left on the street overnight. Houses have security bars and suburbs pay for their own security guards, etc. There has been both paramilitary and FARC presence in this community.

The Australian Department of Foreign Affairs and Trade (DFAT) have issued a travel warning for Australian’s travelling to Colombia advising “to exercise a high degree of caution”.

This travel warning was taken seriously by representatives of the Australian government who felt it was unsafe to travel to Ipiales for the hearings into the abduction and illegal retention of Benny and Lucia Clarke.

THE RISKS OF PERSONAL DANGER TO BENNY & LUCIA ARE EXTREMELY CLOSE

The children’s maternal grandfather, Jairo Miguell Yepez Ponce, a business man in Ipiales has been a victim of extortion and a bombing attack that destroyed the entry to his home. Mr Yepez Ponce used a friend in the Police to investigate and found that the man behind the attack was one of Mr Yepez Ponce ex business partners.

There are profound fears that Benny and Lucia (the only Australian children living in Ipiales) will become targets for kidnap and extortion.

Kidnapping and extortion is a grave risk in Colombia. On New Year’s Eve (2015/16) Carlos Julio Bravo (a friend of Maria’s) was travelling between Ipiales and Pupiales (about 10 kilometres away) when he was kidnapped and held for ransom. The local kidnappers tried to extort $900KAUD (approximately) from the young man’s wealthy father. When the police launched a rescue operation, Carlos Julio Bravo was killed.

Articles relating to the kidnapping and death of Carlos Julio Bravo include: